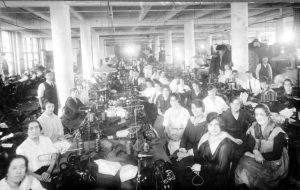 Textile workers in a Philadelphia factory.

Most people are familiar with the Uprising of 20,000 and the tragic New York Triangle Shirtwaist Factory fire of 1911. Did you know that Philadelphia had a similar fire that led to one of the first massive uprisings of women in the United States?

Philadelphia was home to a number of unregulated garment sweatshops since the 1880s. Employees often worked in poor conditions for minimal pay, and were charged for work related expenses such as light, heat, power, and thread. A majority of employees working in these garment factories were immigrant women, many of whom were Jewish. In December 1909, 7,000 independent garment workers began a strike for consistent pay, free supply of work materials, safe and sanitary conditions, and the recognition of unions. The strikers faced strong opposition from wealthy Philadelphians, businesses, law enforcement and the administration of Mayor John E. Reyburn, as hundreds of girls were arrested and charged with crimes of disorderly conduct.

The strike gained national attention, but retained an emphasis on independent working women, rather than famous or wealthy spokespeople, creating a subculture of working “ladyhood.” The Women’s Trade Union League (WTUL) and the International Ladies Garment Workers Union (ILGWU) provided financial support for the strike, and well-known labor rights advocates such as Mother Jones and Helen Taft encouraged the strikers to persevere, despite pressures to give in. With the support of these organizations and individuals, including lawyer Belva Ann Lockwood, the strikers were able to reach a settlement that gave de facto union recognition and significantly improved wages and conditions in February 1910. 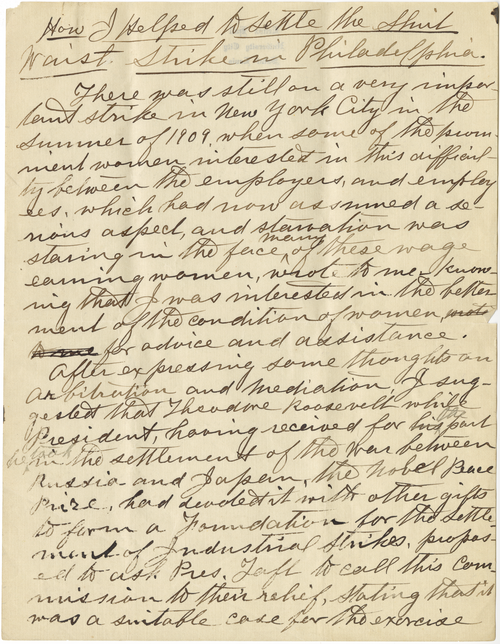