post by In Her Own Right project team members (credits below) 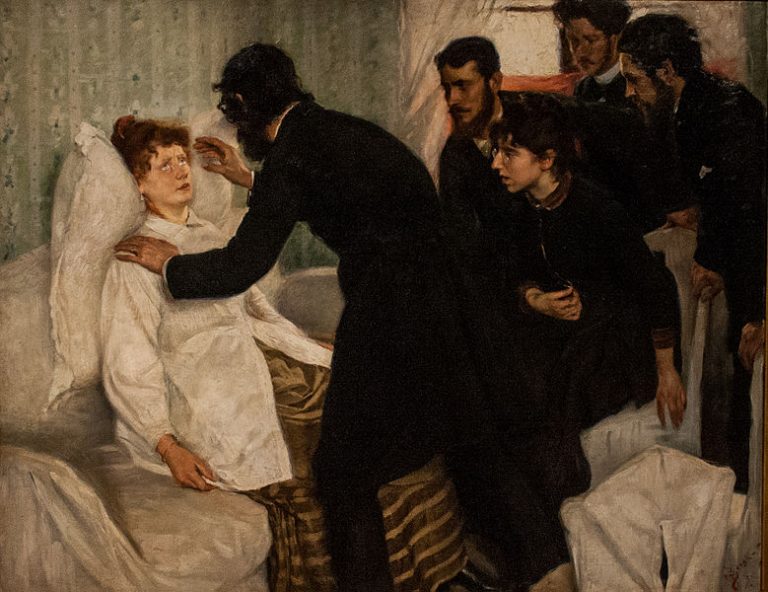 As historian Ann Braude argued in her 1989 book Radical Spirits, Spiritualism played an unlikely but crucial role in the early women’s rights movement. Challenging traditional religious and social norms, it gave female mediums a voice in a moment when women had few pathways to speak in public. Victoria Woodhull, who became the first woman to run for president in 1872, had gotten her start as a prominent spirit medium and clairvoyant.

Spiritualism intersected with other radical political movements including abolitionism and women’s suffrage, and found strong support among certain Quakers. Quaker abolitionists Amy and Isaac Post were high-profile spiritualists, and many Quakers attended at least one seance. While Quaker women’s rights activist Lucretia Mott remained doubtful about so-called “spirit rappings,” her husband James proclaimed himself “much interested” in such phenomena in an 1852 letter. Recounting his experiences at a Spiritualist seance “circle” the previous winter, Mott insisted that “[t]is folly to call it all humbug”: “the testimony is too strong & the evidence, too numerous, that there is an influence of some kind, as yet imperfectly understood, which perhaps time & a large accumulation of facts will explain.” Read the letter in full via the image link below. 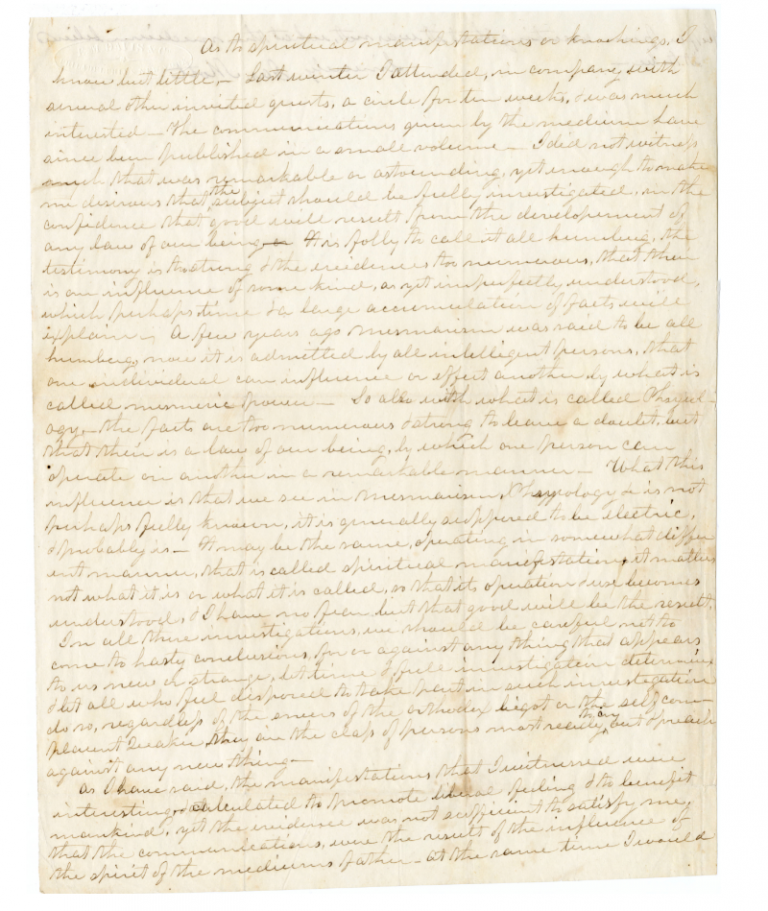 A letter written by James Mott describing his experiences at a seance and his interest in spiritualism. Mott Manuscripts, SFHL-MSS-035, Friends Historical Library of Swarthmore College.

Ready to explore? Visit collections related to this exhibit in In Her Own Right: Mott Manuscripts, SFHL-MSS-035.

Thanks to In Her Own Right co-PI and Friends Historical Library Archivist Celia Caust-Ellenbogen, who shared expertise and materials for this post. A 2016 Halloween “seance” staged at the Friends Historical Library showcased Quaker materials related to Spiritualism, some of which have been digitized for the In Her Own Right project. Temple SCRC Graduate Assistant Jessica Markey Locklear also contributed research and content for this post.